Jessica Gomes is an Australian model and actress. She began modeling when she was only twelve years old, appearing in a number of print ads and TV commercials. Jessica has appeared on the big screen in films such as The Secret and Pretty Woman. As an actress, Jessica has had supporting roles in some high-budget films such as Kung Fu Panda.

Jessica Gomes is an Australian actor and singer. Jessica Gomes was born in Sydney, Australia on September, 25, 1986. She is also able to address Jessica Gomes professionally by several other professions including, Model & TV Personality, who mainly works primarily in Hollywood. Jessica has also worked as a dancer in both major and minor venues in her native country of Australia. She has also studied dance at a private school in Perth, Australia in addition to pursuing a degree in Psychology at Curtin University.

Jessica Gomes has been married to Carlos Colon for the last ten years. Jessica has two step-sisters, Leona and Maria. Jessica was eight years old when her parents divorced. Jessica has remained positive throughout her life and was never the target of abuse towards her by her stepmother. Carlos Colon was her primary caregiver up until recently.

Jessica has maintained a relatively high standard of living, as compared to most Australian households, as she has never experienced financial difficulty. Jessica has also kept active in both her native Australia and the new south Wales since making the decision to move to Sydney twelve years ago. It is common for former spouses of high profile politicians to have a hand in grooming their respective replacements. Jessica has always remained close to her former husband.

Gomes has maintained a low profile following her marriage to Carlos Colon. She has kept a low profile in regards to her financial assets. It is likely Jessica Gomes’ decision to work from home on the internet in her spare time will be a factor in her being able to retain a low net worth, considering the fact that most of the world now uses a social media platform to communicate. 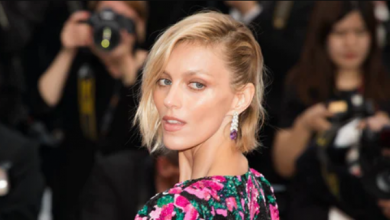